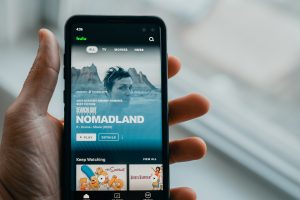 Video streaming giant Hulu has begun to recruit professionals who are familiar with emerging technologies such as non-fungible tokens, Metaverse, and crypto-assets.

According to the job posting made on LinkedIn, Hulu is looking for a ‘Culture Trend Marketing Manager’ that can reach “the streamers of the tomorrow” and younger audiences who consume content in less traditional ways.

With the job posting, Hulu revealed that it has been looking at ventures apart from streaming, such as Music, Gaming, NFTs, Crypto, Metaverse, and more. This has made Hulu the first video streaming platform to show interest in Web 3.0.

Hulu’s Web 3.0 plans mirror that of its parent company Disney which has recently stepped up its theme-park metaverse plans after securing a tech patent that lets users create personalized experiences of theme parks without the need for headsets, goggles, or smartphones.